If you were there on Saturday, you would have walked into the Comedy Store to see a buzzing crowd of around 180 delegates. All of who were all varying levels of Magento developers, apart from perhaps a couple of sponsor representatives – who were generally developers themselves! We were all feeling extremely pleased with the turn out on the inaugural event and looking forward to hear the speakers ourselves.

The event was the brainchild of Manchester Digital and Space 48 (Magento Gold Partner) with the aim to bring more Magento knowledge to the North West and bring the community together, without the price tag of a capital city event. We attracted attention from the sponsors as listed below, without them the show would not have gone on so we thank you very much for your interest and passion.

The delegates were ushered into the alternative yet impressive venue. Located under a railways arch, it boasted red velvet seats and a stage with wings rather than endless rows of seats to the horizon. Tom Robertshaw kindly commented on the choice of venue.

A comedy club is probably one of the coolest venues I’ve seen for a Magento event. #magetitans

- Cheers Tom, we kinda liked it too! Jon Woodall from Space 48 opened the event with a few words around the excitement building up to the event and why they (Space 48) were an event partner. The microphone was then handed to Jonathan Bowers, Managing Director of headline sponsors UK Fast. Jonathan welcomed the audience and introduced the audience to Code Club, initiative that UK Fast is involved in. There are currently 2104 Code Clubs in the UK, teaching over 29,000 kids, in the most natural and inventive ways! There will be quite the next generation of developers.

Vinai Kopp, freelance Magento Trainer, Developer, Consultant and Author, was the first speaker on stage. His talk entitled ‘The Beautiful Magento Module’ discussed the clear advantages of having easily legible code within your modules, free from dead code and bugs, the reasons why you may have some classes hidden, good method naming and so much more. A very in depth yet concise and interesting talk.

Alistair Stead from Session Digital was the next on stage to talk about ‘Scalable and Highly Available Data in Magento’. He opened by commenting on the amount of unexpected traffic that Marketing can add to your server BUT that you shouldn’t blame your PHP code instead you should be prepared. There are many different tactics that you can put into practice in anticipation to avoid bottlenecks, including asynchronous write operations, horizontal database scaling, replication and hot upgrades.

Tom Robertshaw then took us to the front-end. Magento Developer and co-founder of Meanbee was the last on stage before we broke for lunch. He began his talk ‘Building Responsive Magento Themes As Frontend Engineers’ with mentioning the ‘gaffa tape of the web’ – javascript. He then discussed the relative weights of javascript, jquery/prototype and CSS. His talk was a journey through design, from the time and cost of a build, through responsive, tools, team and self-development.

We were merry, we ate, good times were had. We hope that you enjoyed the food.

Next we went over to the quick fire round. Four local Magento Developers sharing their knowledge.

In order of appearance:

Tony Brown (Technical Director at Space 48): ‘Magento Cache Tags And Debugging’. The Magento caching mechanism is important to performance and scalability, how can you be sure it is working as intended? A discussion of experiences and techniques to understand your cache tags.

Yousef Cisco (Front-end developer at Ampersand): ‘Extending Magento With Backbone.Js’. How Backbone.js solves known performance issues, improves cachability of pages and can be used to build client-side functionality such as a bundle product configurator.

Rick Steckles (Technical Director at CTI Digital): ‘Separation Of Code And State’. An experimental, alternative approach to Magento development where configuration and test data is stored in the file system, removing the reliance on the database and providing a more consistent basis for automated testing.

Dave Hitchen (R1 Digital): Brave Dave was a step-in. Matt O’Connor, Head of Digital at R1 was booked to give the tongue in cheek ‘Why You Shouldn’t Be a Magento Developer’. Instead, Dave discussed ‘Why I Want To Be A Magento Developer’ – nicely done Dave. He might have been a little newer to the platform that others in the room but he definitely encouraged audience participation and it was a rather fresh-faced talk. Ben Marks commented on the talk: Great community response to Dave from @R1DigitalMedia asking how to be a better developer! #MageTitans

This is where it got heavy. Ben Marks, Vinai Kopp and Alistair Stead took a seat next to Panel Chair, Tony Brown. Audience participation was at a high and some of the most technical discussion of the day came out here. Questions were taken from Twitter, LinkedIn and on the spot. In fact, there were so many questions from the audience on the day, the runners (Jon Woodall and Rachel Thompson) looked exhausted at the end of it, running wing to wing. It’s probably best to watch this online as there is a plethora of information.

The penultimate talk was entitled ‘Magento on HHVM’. Daniel Sloof, independent Magento developer and HHVM enthusiast, introduced us to: The Hip Hop Virtual Machine, an open-source platform originally developed by Facebook. Daniel has submitted over 100 bug fixes to ensure Magento compatibility. He mentions some hacks that you may want to do to allow the integration to function well and also the new language made specifically for it – Hack. Most importantly it has many advantages over the traditional LAMP stack. Finally, Ben Marks hit the stage with the all-important update ‘How’s Things!’ What has Magento been up to in the last seven months? They may be on their second or third timeline but now they’re committed to committing to this one! We forgive them. Magento 2 should have a Beta release around December but the final version will hopefully be around in the final quarter of 2015. Ben is still trying to bring the community together and improve company transparency. Thanks Ben!

You can swat up on all of the talks with the slides (all links within sections above) and by watching all of the videos. Here we would like to issue a formal apology to Tom Robertshaw. Tom gave a fantastic talk but unfortunately just before he started the camera battery failed. He has been so kind to actually re-record his talk for us. Sorry and thank you Tom.

One of Space 48’s lead developers, George Schiopu, who also moonlights as a talented photographer, has been kind enough to share his photos with us from the day. Thank you George, they give a great behind the scenes look at the event. Can you spot yourself?

After a long but very educational and inspirational day, we all wandered next door to Ark Bar for a few drinks in the Mage Titans private after party. Many jäeger bombs were drunk and we hear a rumour that the Magento Fox may have been there too. A Manchester tortoise also made an appearance.

Once again many thanks to all of the sponsors of the event: UK Fast, Magento, Session Digital, CTI Digital, Orchard Recruitment and Ampersand.

A massive shout out to the master minds and organisers: Manchester Digital and Space 48. Last but by all means not least, thank YOU! Many of you traveled far and wide to hear the illustrious speakers and in turn you supported the event. 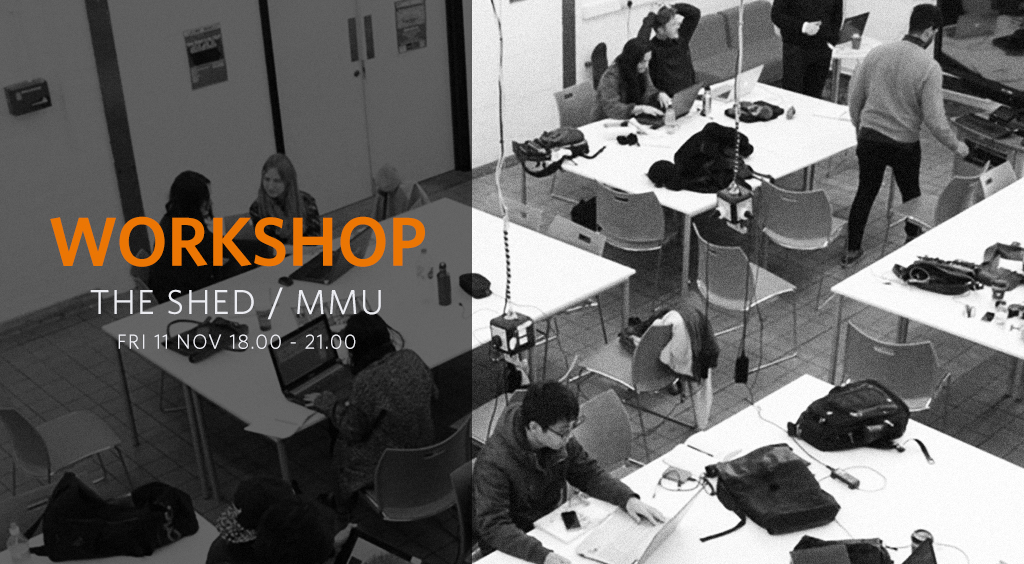 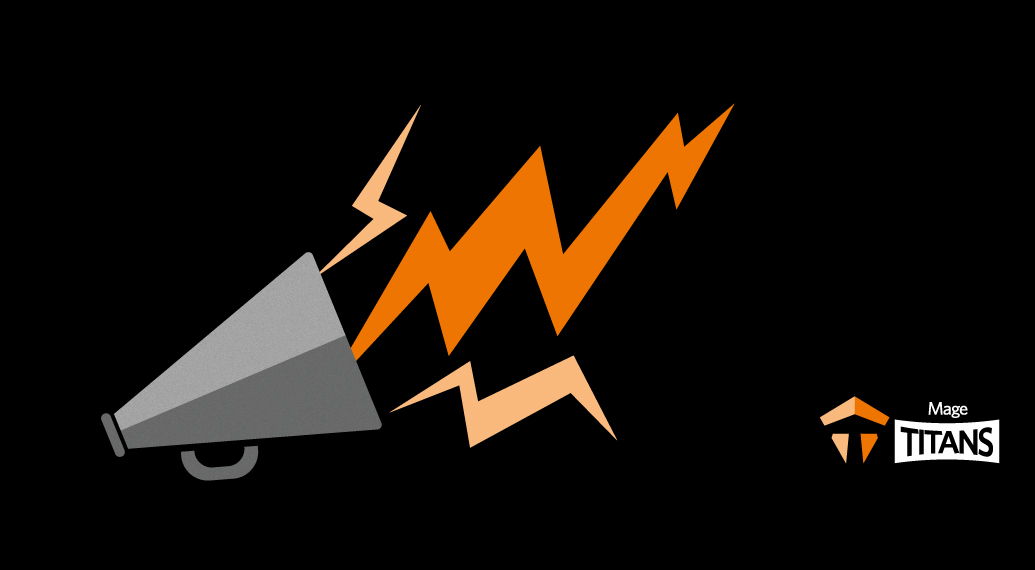 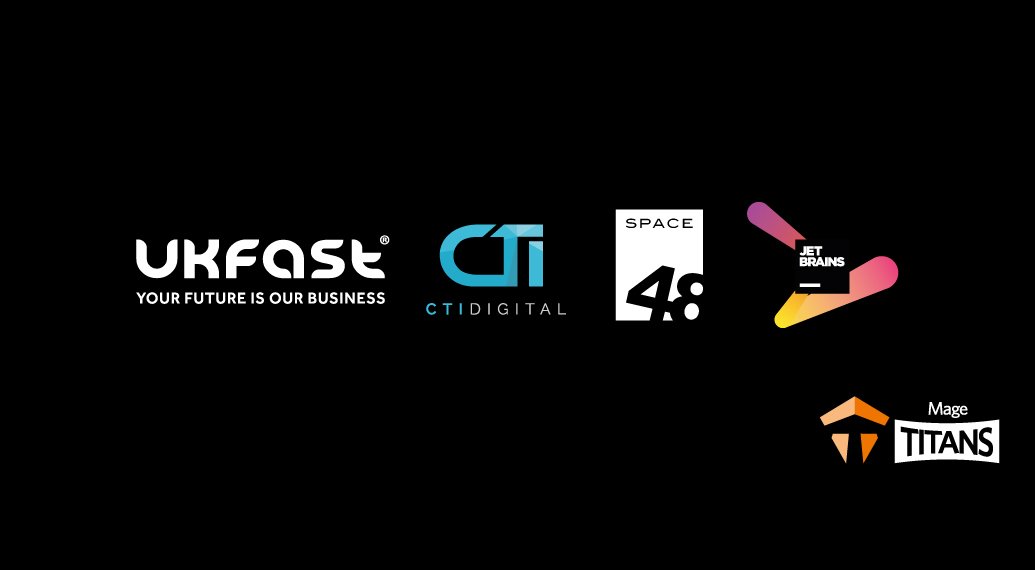